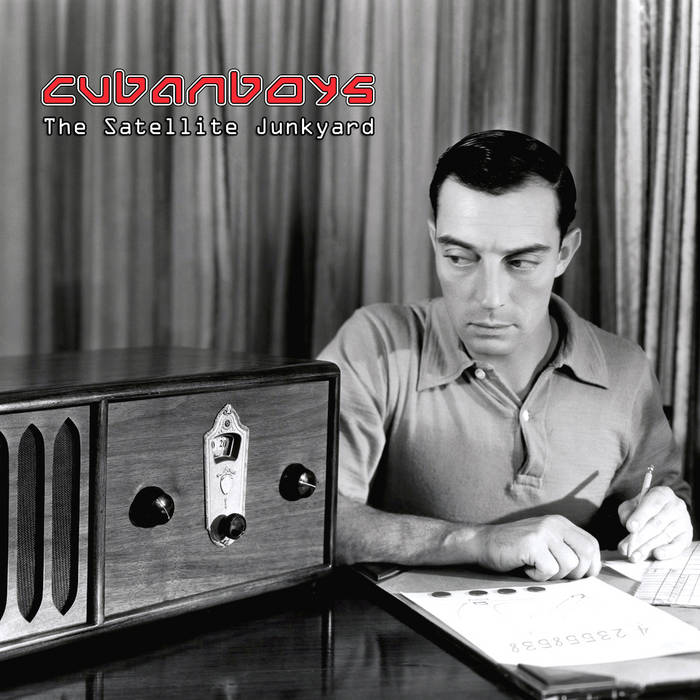 'The Satellite Junkyard (Decoded)' is also available and contains the main songs in separate form, for ease of listening. There are then four bonus hidden tracks exclusive to the download - three songs that you may have heard in brief snippets, and a long version of 'Claudine Is Blue'.

However, we strongly suggest hearing the album as it was originally intended.

BIOGRAPHY:
In 1998 THE CUBAN BOYS were the pioneers of MP3s and mash-ups. Their weekly residency on the John Peel Show threw up tracks that veered from the sublime (Hoagy Carmichael's 'Stardust' turned into an epic proto-trance track) to the ridiculous (sampling Peelie's alarm clock when he played it on air, and releasing it as a 7" vinyl single). Ahead of their time and at the top of their game, they were offering MP3 downloads, streaming virals and mobile phone exclusives when the current pop upstarts were still in the infants.

Their Radio 1 Sessions were legendary at the BBC.
www.bbc.co.uk/blogs/bbcmusic/2009/11/my_top_10_maida_vale_sessions.html

Then the band scored a monstrous million-selling Christmas hit in 1999 with the novelty song 'Cognoscenti Vs. Intelligentsia'. The single was never officially titled 'The Hamsterdance Song' because nobody at EMI ever asked them to. Following the release of 'Eastwood' - "the weirdest album EMI has ever issued in 100 years" - the band left to join a rival multi-national company, before unexpectedly and mysteriously vanishing from sight with the loot.

The Cuban Boys now believe the world has caught up with them. They tentatively put their heads above the parapet in 2005 to release a tribute to their friend and mentor John Peel, and to record a Christmas Session for John Kennedy at XFM. To commemorate their 10th Anniversary, the Boys returned in full effect with a recording which is typically both obtuse and familiar - THE SATELLITE JUNKYARD.

Within this recording you will discover striking new tracks entwined with those restored from their Festive 50 legacies and even the re-incarnation of the bands’ first demo which became the theme to the popular cult BBC TV Show, Still Game.

THE SATELLITE JUNKYARD is a bridge between art and science, it is also a gateway from the bands’ past to the future.

Performed and produced by the Cuban Boys. Post-produced, mixed and engineered by Ricardo Autobahn.